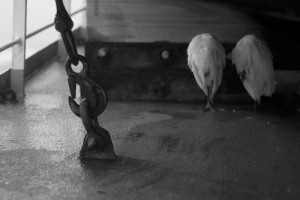 Traveling across any part of the Southern Ocean gives you the chance to see unique seascapes, magically sculpted icebergs and a unique wildlife. These things might sometimes make you forget what a harsh environment this is. Here the struggle for life and survival of the fittest can be equally harsh. In the last few days we’ve seen a perfect example of what survival of the fittest means and how relative this is. There is a small white heron called the Cattle Egret. This species is originally native to parts of Asia, Africa and Europe. It is found most in dry grassy habitats often accompanying large mammals such as cattle or even rhinoceroses and feeds on invertebrates and small vertebrates. 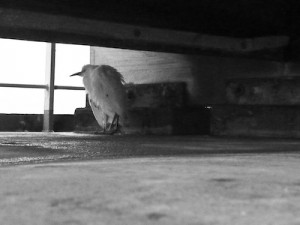 With the expansion of man this species has undergone a rapid expansion and successfully colonized much of the rest of the world. So in a global context this species is really successful and can be considered being quite “fit”. However this is quite relative and we’re seeing the brute example. Yes a long bill and a hunched posture is great for picking at those insect and little vertebrates hiding in the grass. Those long stalky legs are also perfect for walking through small shrubs. And that dispersive nature is great for getting you around and to find new pastures, but what if you end up in the Southern Ocean. Well then all of this gets you nowhere. Without salt glands drinking seawater is out of the question, so there’s no drink around for miles. Without waterproof plumage resting on the sea is a dangerous endeavour, especially without webbed feet to help paddling around. 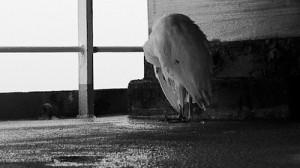 With luck it is possible to eat some invertebrates but that’s hard to do without getting more saltwater into your body. So the only thing left is trying to rest upon a research vessel passing by, trying to get those feathers dry and to survive another day. The first day we saw the Egrets they were about 22 a day later their numbers were already greatly reduced, by now they are gone..