Bird Island is a small island at the western tip of South Georgia. Upon the first discovery people were amazed by the diversity and abundance of birds on this island and hence the name. Although the island still has large populations of seabird some people think Seal Island would be a better name. At the end of the sealing era the population of fur seals on the island had been reduced to less than a dozen. Since then seal populations have known an exponential increase. In summer at the height of the breeding season the beaches of Bird Island are densely covered by seals. At this time of the year a large proportion of the seals have returned to sea.

The Bird Island base lies in a small bay near Bird Island Sound where South Georgia and Bird Island almost touch. The bay is too small and shallow to let the ship dock right in bay. This means that the ship has to remain in front of Bird Island Sound where it’s susceptible to the changing weather. If the weather is to rough the boats that bring material and people back and forth to the ship cannot be deployed. This means that the relief operation is highly dependent on the very changing weather of the Southern Ocean.  For the base relief various things had to be done: José had to be dropped of wil the summer group had to be picked up. The emergency batteries at the base had to be changed over, food had to be dropped of for the wintering people and the trash had to be taken on the ship. All scientists that volunteered to help with the relief were divided in two groups. The first group would help out in the morning while the second group would help out in the afternoon. Those who hadn’t been to BI before were in the first group: this would mean getting up at six in the morning but in case the relief had to be stopped but would mean the having the best chances to get ashore. As one can image we all suffered the early rise with pleasure keen on getting foot ashore. 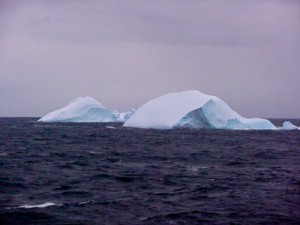 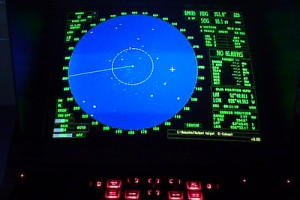 Well this morning we were passing by South Georgia. We’re nearing the end of the main transect and will soon travel to the Polar Front for a special station. When we visited the bridge just before going to bed we got some nice surprises. First of all these icebergs, despite their nearness to South Georgia, are actual Antarctic icebergs. The detached from the 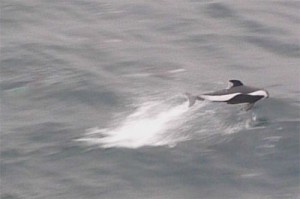 continental ice in the Weddell Sea and have been transported Northwards by the Weddell Sea current. On top of that we got the visit  of a couple of hourglass dolphin a fairly common but rarely observed species. The contradiction lies in the fact that they occur in the Southern Ocean were not many people come. However if you get here you have a reasonable chance of spotting them.